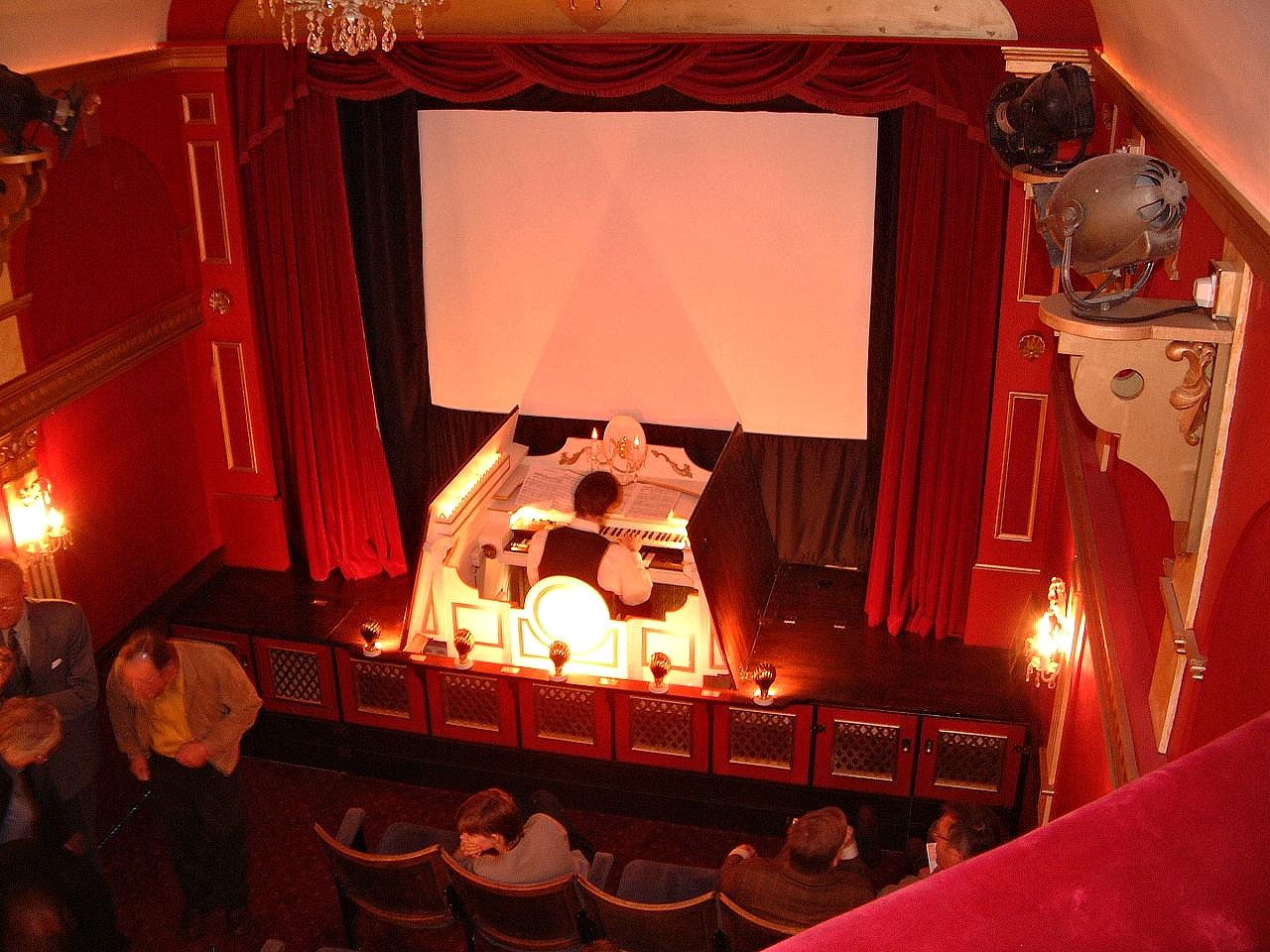 The Electric Picture Palace was opened by Michael Palin in May 2002. Ten years later the purchase and conversion of an adjacent building meant the public areas could be usefully enlarged. The Electric Picture Palace is named after the first Southwold cinema which began to operate in 1912 in nearby York Road and follows the style of this period. From humble beginnings as a cart shed, stables and garage the skilful conversion now includes stalls and a circle with 70 seats plus space for a wheelchair. There is a box office, a kiosk, two WCs, a loop system, organ and air-conditioning. The doors open for film evenings around one hundred times a year, including National Theatre Live screenings.

Programme
The Electric Picture Palace shows films in 'Seasons' throughout the year (Spring, Summer, Autumn and Winter Seasons), with a short break in between each Season. Southwold Film Society members receive a printed programme/newsletter ahead of the start of each Season and can book seats in advance in person, by post or by telephone. Seat prices are normally £6 Stalls, £7 Circle, £15 Royal Box (two seats). Seats for National Theatre Live are £10. If you are not a member (£10 per year), nor are able to come as a guest of a member, not to worry as membership is available just for the Season (£3). Membership entitles you to bring a limited number of guests. Contact the Box Office for full details.
The programme is also displayed at the Electric Picture Palace in Blackmill Road, Southwold - see its location on the Southwold town map.

Tours of the Electric Picture Palace
Tours are available on selected dates. Check with the Box Office for details and costs, or to discuss Special Tours for a group of fewer than 5 people.

THE SOUTHWOLD FILM SOCIETY
The Southwold Film Society, formed in 1997, tries to capture the essential atmosphere of traditional British cinema-going showing classic films old and new and is a registered charity (No. 1080324). Any operating cash surplus will be used for the charitable aims which include local film-making. New members welcome.